“Hey, what’s up. So this video is specific to the kettle bell swing and a little bit about the kettle bells and why they may be different than for example, dumbbells. And so kettle bells has its origin back in Russia and they use them as counterweights, right? So you’d put some hay on a scale. And then on the other end, you put one pood or two pood kettlebells. And that’s essentially what they had is one pood, which is 16 kilograms and two pood, which is 32 kilograms. And now, what they used to do well now they’re here in our fitness facility, but what they used to do is have strong man competitions with them in the marketplace in Russia. And it slowly progressed to using them in different dynamics. And one of the main ways is the kettlebell swing. It’s one of the most famous movements to use with the kettlebell.

And the reason why kettle bells are so powerful is because they can be used in so many different ways, different dynamics, they have a longer lever. So when you swing, the lever would be your arm. If a dumbbell was in my hand, the center of mass would be in the center of my hand, right? And I’d have two balls here with a kettle bell. The center of gravity is outside my hand. So I needed more stability, more core strength, and it’s moving, right? So it’s outside and it’s moving. So now my ability has to be heightened. And so this is why progressions are very important. When clients come in, we have a system of how we progress them to do it in a proper way so that we adapt them. Kettle bell swings are a ballistic movement, which means explosive movement. So before anybody does explosive movements, they need to adapt basic strength and endurance balance and stability. And then we will move them to a kettlebell swing. And typically starting off, it will be light and easy. But for those of you that are already doing the kettlebell swings, I want to show you the proper way to do the kettlebell swing. Alright, and so I have a kettlebell here. Let me tilt this down so you can see a little bit better on the swing.

All right. So with the kettlebell swing, when you pick the kettlebell up, you actually want it in front of you like this, let me turn sideways, take some stuff out of my pockets. Here we go. Make it easier for the swing. So now, the reason why we do deadlift preparation, because this is a hip hinge, we’re going to be hip hinging, right? Pushing the hips back, abs nice and tight, right? And then we’re going to be popping the hips to get momentum with our arms, to get the kettlebell up a little bit lower than eye level. Right. And the idea is that your shoulders are compact back, right? And then you pop the hips, right? So the shoulders are staying locked back. If they’re not staying locked back, you’re going to round and the force will end up in your lower back. So the shoulders are just as important as the hips, right? And so it should literally be popping. The hips, popping the hips with the shoulders, locked the back, abs nice and tight legs tight firm on the floor. Feet planted feet aren’t rocking back and forth. You pick up the kettlebell in front of you like this, and then it automatically swings back because it’s in a lever. So we pick it up. So say if I’m going to do a double arm, I pick it up, pop the hips, right? And then when we put it down, you do the same thing right in front of us. We let it swing out in front single arm. Do you notice how I pop the hips? Keep the shoulders locked back. It’s a power movement. What we don’t want to see and sometimes we do see is a go over arch down and shoulders or back… All right. So control. Right? So we want to see control. You’re picking it up in front of you firm legs, firm feet firmly planted shoulders locked back, grabbing the weight, popping the hips, setting it back down. And there you go. So the kettlebell allows you to get what I call is like a sprint for weightlifting. It’s an anabolic or an aerobic type activity. It’s so designed to get your heart rate up, right? 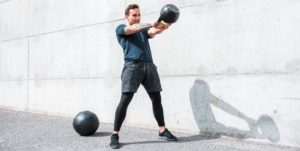 You’re using glycogen in the muscles and this is where you can really step up the fat burn weight loss process. So if you’re doing it correctly, you’re going to drive deep into your nervous system, recruit deeper muscle fibers, stimulate your metabolism and get way more results in combination with all the other training, it can be extremely powerful. So there you have it, the kettlebell swing and a little bit about the kettlebells. Um, that’s just scratching the surface. Let me know if you have any comments, questions about the swing. The main thing here is shoulders locked back, back nice and straight, butt glute tight pick up the weight in front of you pop the hips. It’s all from the hips, right? So sometimes we’ll have people who squat. And if you squat, you’re losing leverage, right? So push the hips back, bring the hips forward. The weight will counter that by swinging forward. And that’s why it’s called a swing.”

Ian Hart is a Body-Mind Transformation expert, the creator of EarthFIT Training Systems, co-creator of BACK PAIN RELIEF4LIFE, author of HEALING HACKS, and founder of BEAUFORTPERSONALTRAINING.COM and MYBACKPAINCOACH.COM. Ian and his team help people get into optimal shape in the safest, fastest and most effective way possible, using cutting edge science. 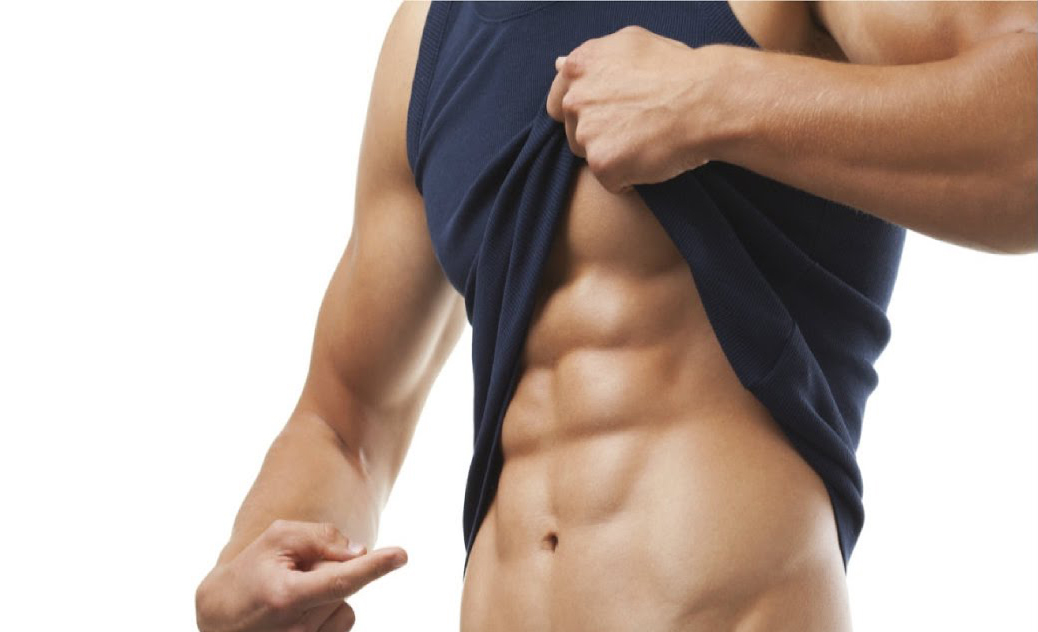 Ab Activation (How To Contract Your Abs For Best Results)