Bird Dog Exercise: How to do it, plus variations

All right today, I’m going to go over the bird dog. It’s also known as a Quadruped. This is a phenomenal core stability exercise, one that is fantastic for long-term health as well. So starting position here, and I’m going to show you the easiest version. There’ll be three versions of I’m going to show you guys today. First will be the easiest version. Almost anybody should be able to do this one, a second will be a little bit more difficult for those that have been practicing for a little bit. And then the third will be for the most advanced, and that will be a little bit more difficult. And then I’ll throw in a bonus one as well. So we’ll actually get 4 versions today. 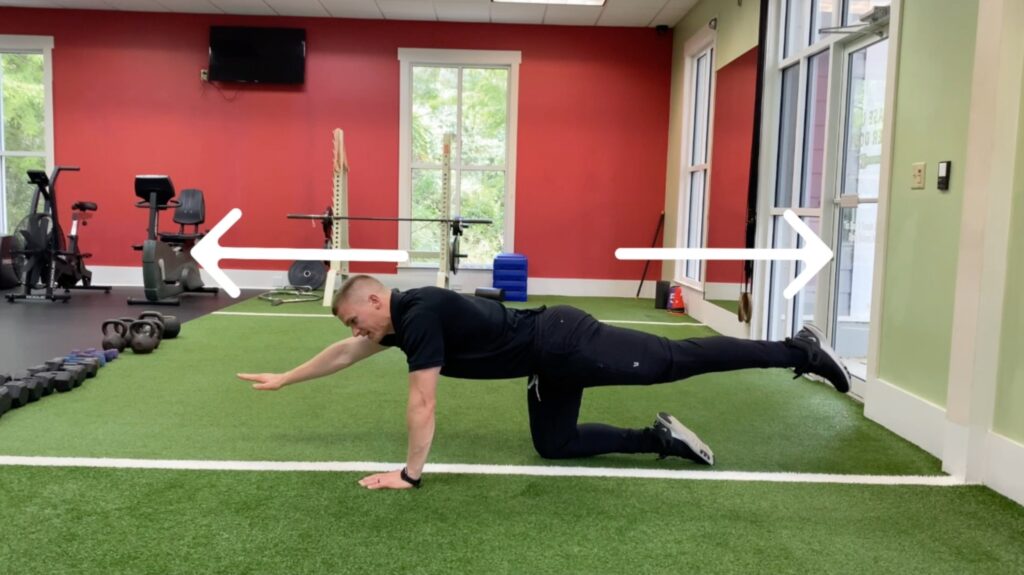 I’m gonna start with the easiest version here would be hands right under the shoulder blades here. We’re just going to kick one leg back and reach out with one arm. This right now… I’m reaching out with my hand and back with my leg, notice I’m not coming up with both of them. They are raising up, but I’m actually reaching out. And what we’re trying to do here is to keep the hips square to the floor is going to challenge your core. Then you would come back to the starting position and go the opposite direction. What we want to look for here is any imbalances. 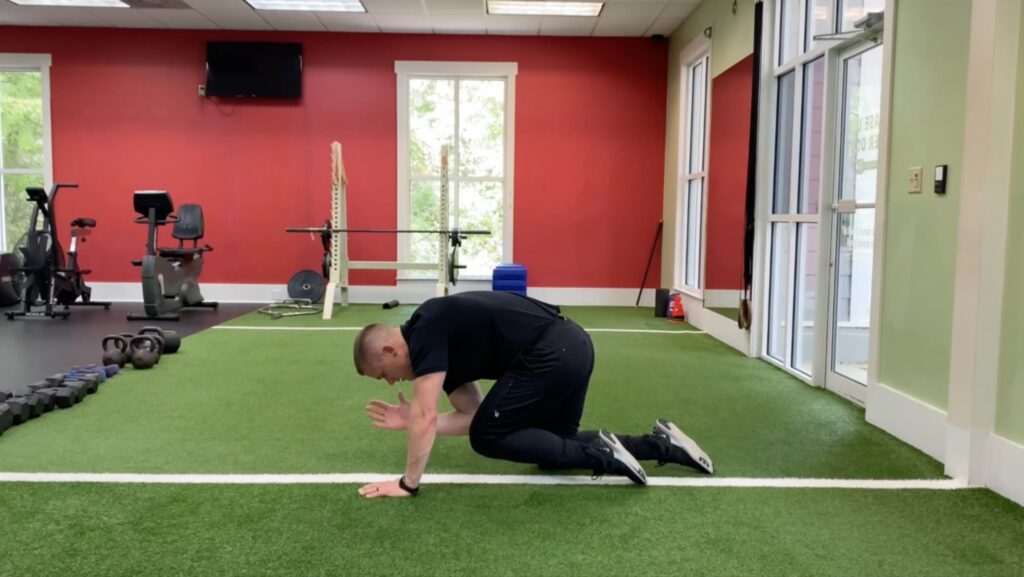 If that becomes too easy for you, you can do just a little bit of variation here, reach out and then when I reach out, I come back in elbow to knee, and then I reach back out, that’s going to be a little bit more difficult there. So if I get really proficient at those and really good at those and they become easy, doing ten of them no, not dipping my hips and keeping them square to the floor. It’s relatively easy. I’m not breaking a sweat, we can go to a more advanced version, which would be from the hands and feet. 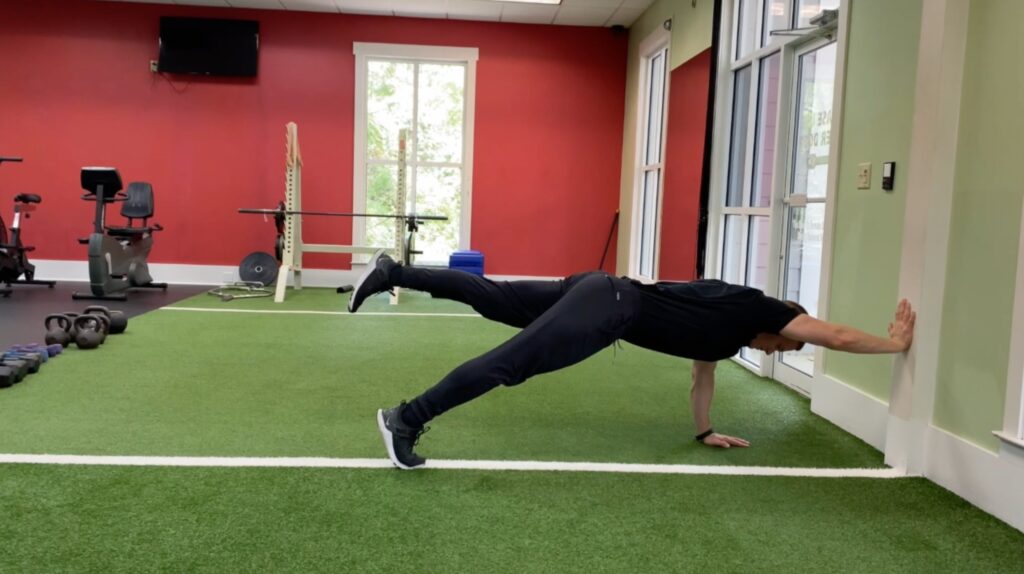 Now I do recommend starting out this advanced version against the wall. And this is my little bonus tip for today. So before you go full on bird dog or quadruped, you want to actually, you can use the wall as a support here to kind of help stabilize you. So the answer right under the shoulders here, you’re going to reach out in front of you to a wall, push it into the wall and then reach back here. And then you would hold for a few seconds and then back down. 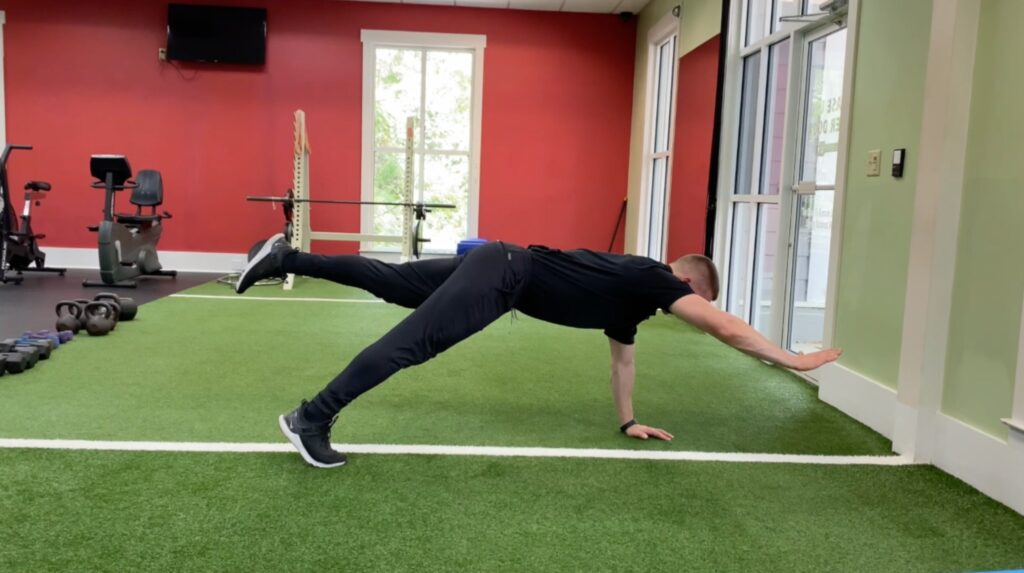 Now, once that becomes easy for you, you could do the full bird dog version or quadruped version which would be hands around the shoulders, standing up tall. You’re going to reach out. Again, I’m reaching this way. I’m kicking back here, stabilizing, trying to keep my hips square and then back down. And then I’ve reached the other side, just like that. Again, that’s a bird dog also known as the quadruped, phenomenal exercise for your core stability, hip stability, and just overall health and longevity. 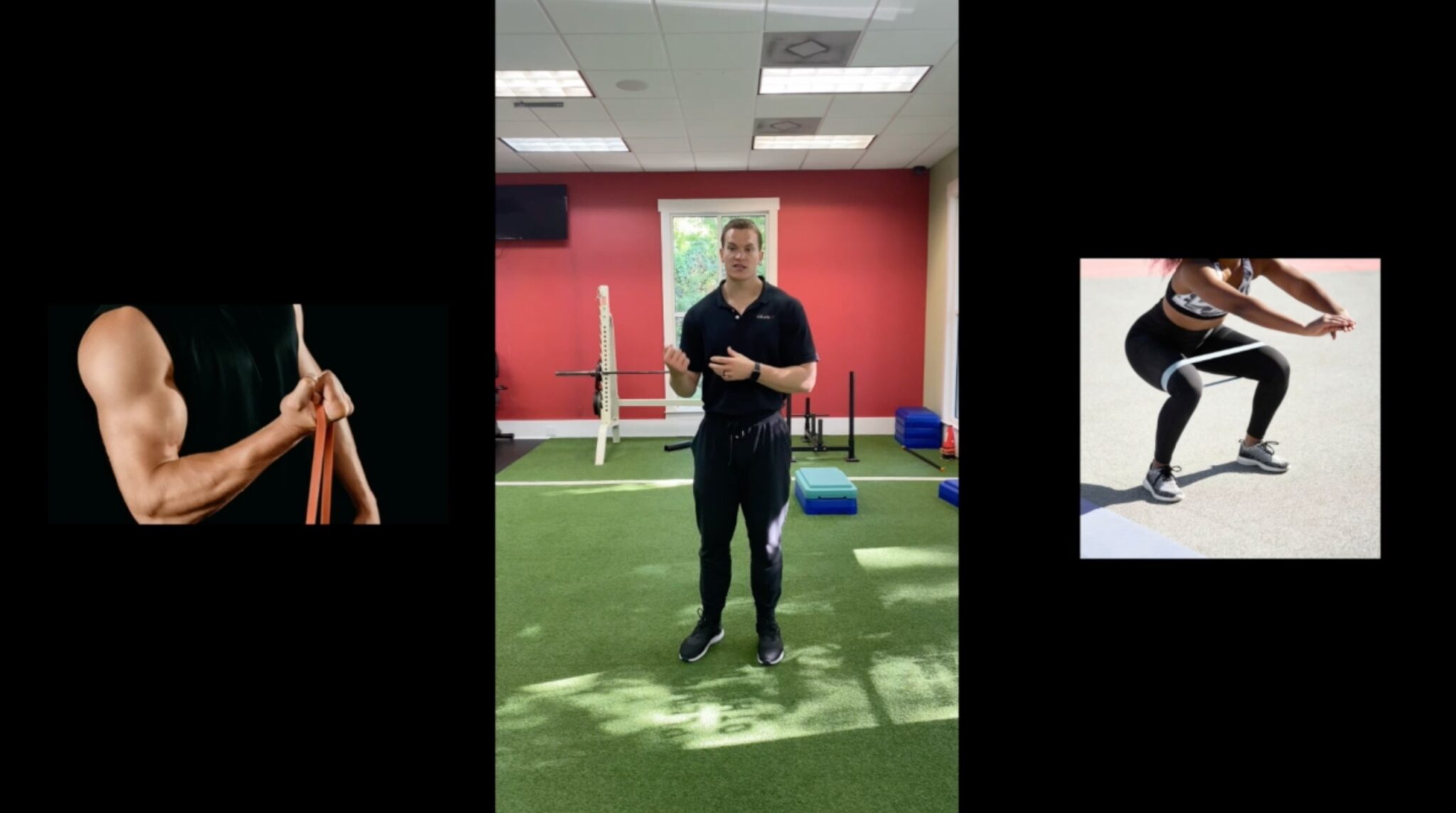 Beaufort Fitness: Training on off days 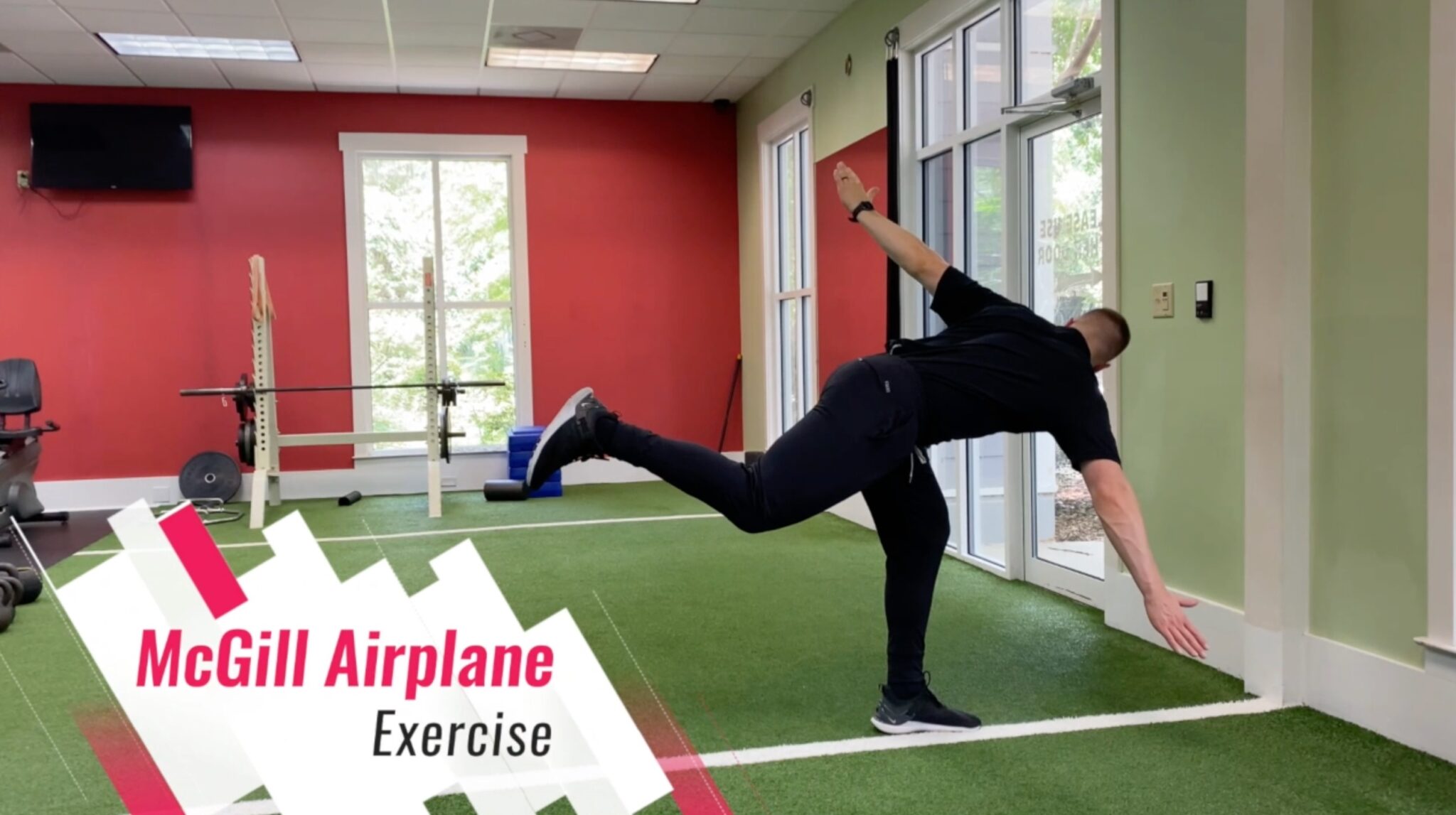