I’m gonna teach you guys the ins and outs of doing a McGill airplane. So why do you want to do this exercise? It is great for core stability. It’s very difficult to do one. There is a regression that I’m going to show you guys. 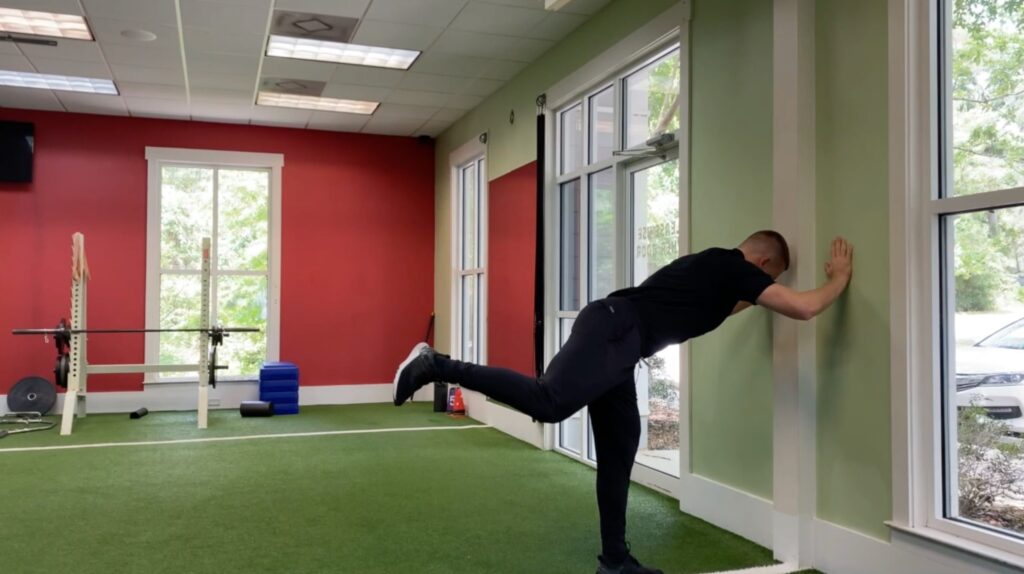 So first I’ll just show you the regression. So this is where most of you should be starting out. Okay. You’re going to balance on one foot here, be about a hand length away. Easy enough to where you lean forward. You can put both palms against the wall because that’s eventually what you’re going to do in this. So we want to stand on one leg here. You’re going to reach forward to the wall here, you’re going to reach back here. Now I’m just having a light, a bit of pressure here on the wall. From there, I’m going to open my hips up. I’m moving from the hips here, I’m not moving from my shoulder blades or anywhere else moving from my hips. And I’m just trying to open up to one side as far as I can. Once I can do that, I’m going to twist and go the other way. Now, when I’m doing this, I’m actually pushing my hip down. I’m pushing it down here. You’ll feel good stretch there. You want to push until it goes as far as you can go. So that’s the regression of the exercise. That’s really good for warming up and your core stability overall.

The next version of it, the more advanced version would be just doing it without any, any support with the wall. This is pretty difficult for most. So you want to grab again, just balance on one foot here, kick it back. Now again, I’m going to put my arms out by the side here, but I’m strictly moving from my hips, all my chest to come parallel to the floor here. Then I’m going to open up to one side. My arms will move, but I’m moving from the hips. Again, try not to fall over here. It’s going to challenge foot stability. And then we will go to the other side.

This is again called a McGill airplane, very difficult, phenomenal warm up exercise and one that you can incorporate into your daily life for improved stability in the core. And then some of the hips. 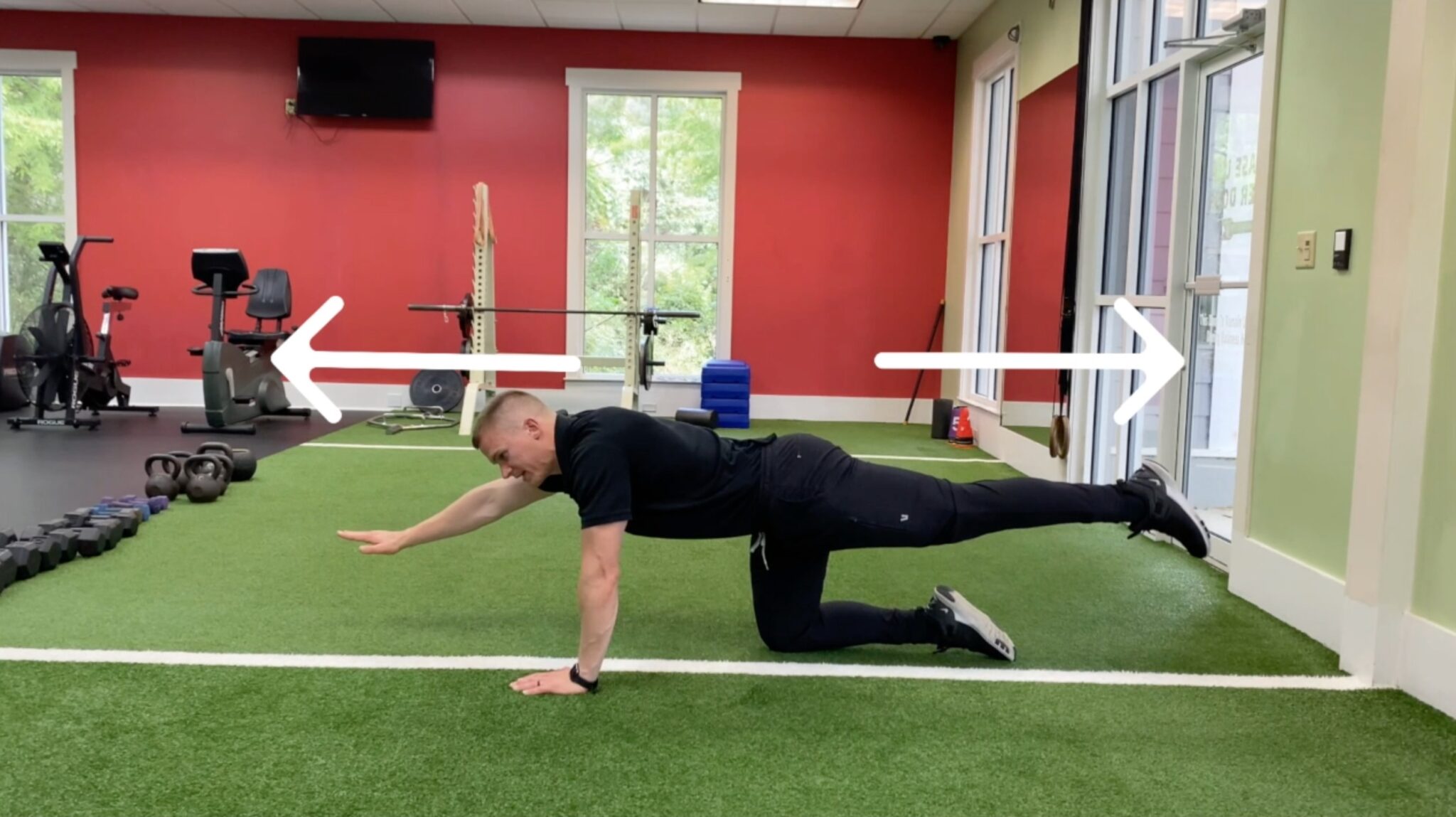 Bird Dog Exercise: How to do it, plus variations

How To Do A Single Leg Toe Touch | Exercise Demo